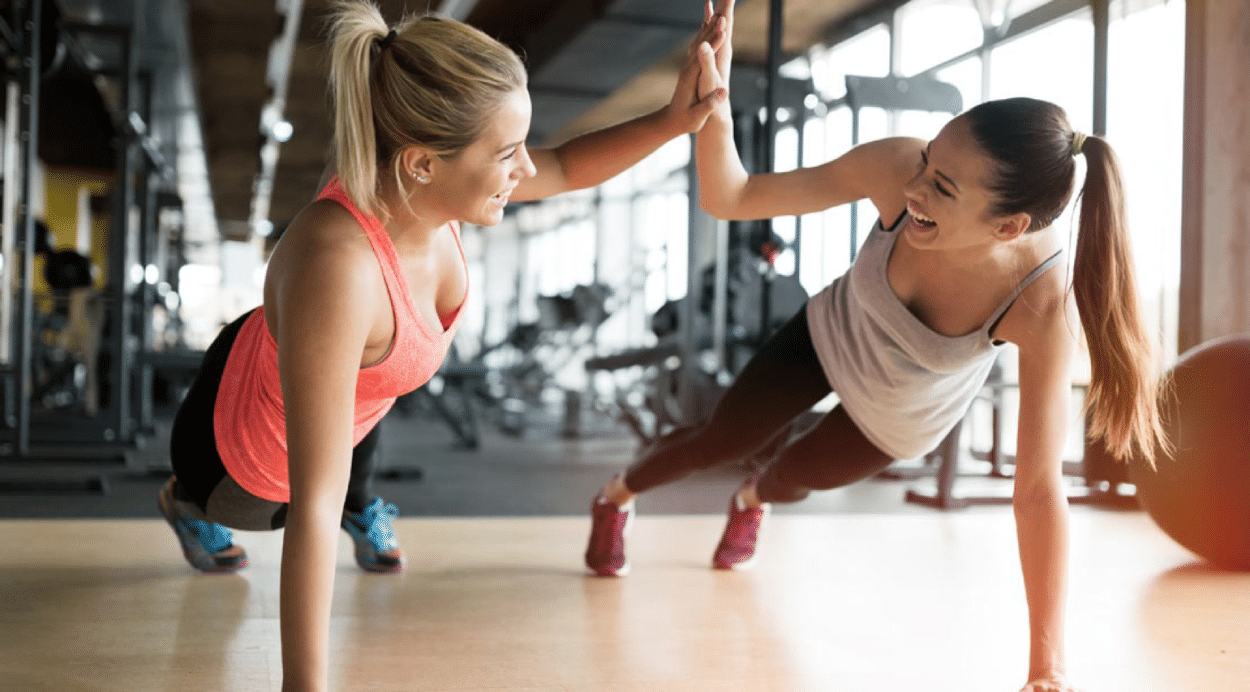 If you’re looking for that little extra push to stick to your workout routine, there’s good reason to try finding a workout buddy (and surrounding yourself with buddies who work out). According to a study published in April 2017 in Nature Communications, that analyzed five years of data from more than a million runners, MIT researchers found that exercise is “socially contagious” — meaning that the more runners you know, the more likely you are to go out for a run.

And exercising with a partner may also inspire you to amp up the intensity of your workouts, too.

“Starting exercise is easy — the difficult part is continuing exercising,” says Hirofumi Tanaka, PhD, a professor of kinesiology and health education at the University of Texas at Austin. “One of the predictors of a success in terms of persistent exercise is the support of other people.”

Here are seven more reasons why getting a workout buddy is just what the doctor ordered.

1. You’ll Be Even More Committed to Your Goals

According to Dr. Tanaka, more than 50 percent of people who start exercising as a New Year’s resolution end up quitting by summer. But are you really going to skip out on your yoga class if a friend is saving a mat for you at the studio? Tanaka says that exercise partners provide great motivation to adhere to workout goals.

2. You’ll Be Less Likely to Get Bored and Quit

It’s easy to get caught in an exercising rut. But research from Scotland suggests that putting a friend into the mix can increase the amount of exercise you do. In a study published in April 2015 in the British Journal of Health Psychology, researchers found that the emotional support of someone you trust can serve as a powerful reinforcement for fitness goals.

We often rely on family and friends to help us get through stressful periods in life. But a partner may also help alleviate stress in exercise environments. According to a study published in the International Journal of Stress Management, people who exercised on a stationary bike with a friend felt calmer than those who cycled alone.

4. You’ll Push Yourself to Work Harder

Don’t worry that your workout partner is fitter than you — hope for it! In a study published in Sport, Exercise, and Performance Psychology, researchers reviewed data from high school track relays and found that inferior athletes made greater gains than even the top ones when they had to perform as part of a team. The researchers were looking to test the Köhler effect. Defined as what occurs when a group performs better together rather than as individuals, the term is named after a German industrial psychologist who in the 1920s studied rowers’ determination not to be the “weakest link.”

Many studies have demonstrated that social influence and social support can boost weight loss efforts. One study in particular, which focused on a group made up mostly of female African-American participants, suggests that a successful group effort may help you lose more weight. According to a study published in the Archives of Internal Medicine, researchers found that participants who tried to lose weight with the help of family members who 1) were committed to going to weight-loss-counseling sessions and 2) had lost at least 5 percent of their body weight had success at losing weight themselves. Which may be more evidence that surrounding yourself with motivated people achieving a goal can help you stick to yours.

6. You’re Less Likely to Injure Yourself

Working out with a partner can motivate you to work out harder than you normally would, but that doesn’t mean that you’ll push yourself to the point of injury. In fact, having a partner to spot you during bench presses and watch your form during squats makes your workout safer. “There is no question [it’s safer to work with a partner] if you’re inclined to work out with free weights,” says Tanaka.

7. You May Even Live a Few Years Longer

If your fitness routine involves two — or more — people, it may contribute to your longevity, according to a large study that followed nearly 9,000 people over the course of 25 years. The findings, published in September 2018 in Mayo Clinic Proceedings, demonstrated that individuals who participated in sports like tennis and soccer lived a few years longer than those who participated in solo fitness endeavors such as cycling or jogging. Pro tip: Play tennis. Hitting the court added 9.7 years to the participants’ life spans, compared with only an extra 1.5 years if they slogged it out at the gym.

Strong and lean is the NEW Skinny!