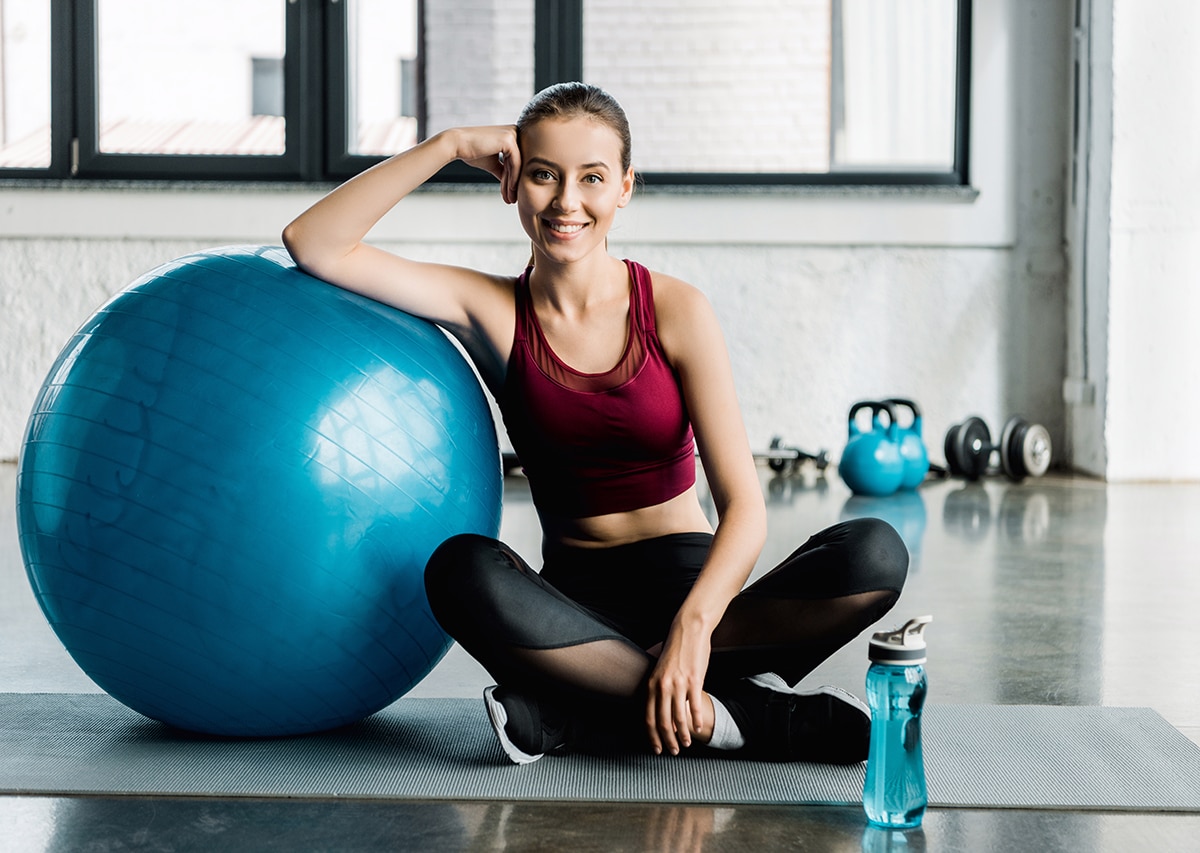 Longevity and Quality of Life

Many people think that life expectancy is largely determined by genetics.

However, genes play a much smaller role than originally believed. It turns out that environmental factors like diet and lifestyle are key

Here are the top habits linked to a long life.

The link between calorie intake and longevity currently generates a lot of interest. Animal studies suggest that a 10–50% reduction in normal calorie intake may increase maximum lifespan. Studies of human populations renowned for longevity also observe links between low calorie intake, an extended lifespan, and a lower likelihood of disease. What’s more, calorie restriction may help reduce excess body weight and belly, both of which are associated with shorter lifespans.

That said, long-term calorie restriction is often unsustainable and can include negative side effects, such as increased hunger, low body temperature, and a diminished sex drive. Whether calorie restriction slows aging or extends your lifespan is not yet fully understood.

Limiting your calories may help you live longer and protect against disease. However, more human research is needed.

When it comes to anti-aging strategies, turmeric is a great option. That’s because this spice contains a potent bio active compound called curcumin.

Due to its antioxidant and anti-inflammatory properties, curcuminis thought to help maintain brain, heart, and lung function, as well as protect against cancers and age-related diseases. Curcumin is linked to an increased lifespan in both insects and mice. However, these findings have not always been replicated, and no human studies are currently available

Nevertheless, turmeric has been consumed for thousands of years in India and is generally considered safe.

Consuming a wide variety of plant foods, such as fruits, vegetables, nuts, seeds, whole grains, and bean, may decrease disease risk and promote longevity. For example, many studies link a plant-rich diet to a lower risk of premature death, as well as a reduced risk of cancer, metabolic syndrome, heart disease, depression, and brain deterioration. These effects are attributed to plant foods’ nutrients and antioxidants, which include Polyphemus, carotenoids, folate, and vitamin C.

Accordingly, several studies link vegetarian and vegan diets, which are naturally higher in plant foods, to a 12–15% lower risk of premature death.

The same studies also report a 29–52% lower risk of dying of cancer or heart, kidney, or hormone-related diseases. What’s more, some research suggests that the risk of premature death and certain diseases increases with greater meat consumption. However, other studies report either non-existent or much weaker links — with the negative effects seeming specifically linked to processed meats.

Vegetarians and vegans also generally tend to be more health-conscious than meat eaters, which could at least partly explain these findings.

Overall, eating plenty of plant foods is likely to benefit health and longevity.

It should come as no surprise that staying physically active can keep you healthy and add years to your life. As few as 15 minutes of exercise per day may help you achieve benefits, which could include an additional 3 years of life. Furthermore, your risk of premature death may decrease by 4% for each additional 15 minutes of daily physical activity. A recent review observed a 22% lower risk of early death in individuals who exercised — even though they worked out less than the recommended 150 minutes per week. People who hit the 150-minute recommendation were 28% less likely to die early. What’s more, that number was 35% for those who exercised beyond this guidance. Finally, some research links vigorous activity to a 5% greater reduction in risk compared to low- or moderate-intensity activities.

Regular physical activity can extend your lifespan. Exercising more than 150 minutes per week is best, but even small amounts can help.

Smoking is strongly linked to disease and early death. Overall, people who smoke may lose up to 10 years of life and be 3 times more likely to die prematurely than those who never pick up a cigarette. Keep in mind that it’s never too late to quit. One study reports that individuals who quit smoking by age 35 may prolong their lives by up to 8.5 years. Furthermore, quitting smoking in your 60s may add up to 3.7 years to your life. In fact, quitting in your 80s may still provide benefits.

Feeling happy can significantly increase your longevity. In fact, happier individuals had a 3.7% reduction in early death over a 5-year study period. A study of 180 Catholic nuns analyzed their self-reported levels of happiness when they first entered the monastery and later compared these levels to their longevity. Those who felt happiest at 22 years of age were 2.5 times more likely to still be alive six decades later. Finally, a review of 35 studies showed that happy people may live up to 18% longer than their less happy counterparts. Happiness likely has positive effects not only for your mood but also your lifespan.

Anxiety and stress may significantly decrease your lifespan.

For instance, women suffering from stress or anxiety are reportedly up to two times more likely to die of heart disease, stroke, or lung cancer. Similarly, the risk of premature death is up to three times higher for anxious or stressed men compared to their more relaxed counterparts.

If you’re feeling stressed, laughter and optimism could be two key components of the solution. Studies show that pessimistic individuals have a 42% higher risk of early death than more optimistic people. However, both laughter and a positive outlook on life can reduce stress, potentially prolonging your life.

Finding ways to reduce your anxiety and stress levels can extend your lifespan. Maintaining an optimistic outlook on life can be beneficial, too.

Researchers report that maintaining healthy social networks can help you live up to 50% longer. In fact, having just 3 social ties may decrease your risk of early death by more than 200%.

Studies also link healthy social networks to positive changes in heart, brain, hormonal, and immune function, which may decrease your risk of chronic diseases. A strong social circle might also help you react less negatively to stress, perhaps further explaining the positive effect on lifespan. Finally, one study reports that providing support to others may be more beneficial than receiving it. In addition to accepting care from your friends and family, make sure to return the favor.

Conscientiousness refers to a person’s ability to be self-disciplined, organized, efficient, and goal-oriented.

Based on data from a study that followed 1,500 boys and girls into old age, kids who were considered persistent, organized, and disciplined lived 11% longer than their less conscientious counterparts.

Conscientious people may also have lower blood pressure and fewer psychiatric conditions, as well as a lower risk of diabetes and heart or joint problems. This might be partly because conscientious individuals are less likely to take dangerous risks or react negatively to stress — and more likely to lead successful professional lives or be responsible about their health.

Conscientiousness can be developed at any stage in life through steps as small as tidying up a desk, sticking to a work plan, or being on time. Being conscientious is associated with a longer lifespan and fewer health problems in old age.

Both coffee and tea are linked to a decreased risk of chronic disease.

For instance, the polyphenols and catechins found in green tea may decrease your risk of cancer, diabetes, and heart disease. Similarly, coffee is linked to a lower risk of type 2 diabetes, heart disease, and certain cancers and brain ailments, such as Alzheimer’s and Parkinson’s. Additionally, both coffee and tea drinkers benefit from a 20–30% lower risk of early death compared to non-drinkers.

Just remember that too much caffeine can also lead to anxiety and insomnia, so you may want to curb your intake to the recommended limit of 400 mg per day — around 4 cups of coffee. It’s also worth noting that it generally takes six hours for caffeine’s effects to subside. Therefore, if you have trouble getting enough high-quality sleep, you may want to shift your intake to earlier in the day.

Moderate consumption of tea and coffee may benefit healthy aging and longevity.

Sleep is crucial for regulating cell function and helping your body heal.

A recent study reports that longevity is likely linked to regular sleeping patterns, such as going to bed and waking up around the same time each day. Sleep duration also seems to be a factor, with both too little and too much being harmful. For instance, sleeping less than 5–7 hours per night is linked to a 12% greater risk of early death, while sleeping more than 8–9 hours per night could also decrease your lifespan by up to 38%. Too little sleep may also promote inflammation and increase your risk of diabetes, heart disease, and these are all linked to a shortened lifespan

On the other hand, excessive sleep could be linked to depression, low physical activity, and undiagnosed health conditions, all of which may negatively affect your lifespan.

Developing a sleep routine that includes 7–8 hours of sleep each night may help you live longer. Longevity may seem beyond your control, but many healthy habits may lead you to a ripe, old age. These include drinking coffee or tea, exercising, getting enough sleep, and limiting your alcohol intake. Taken together, these habits can boost your health and put you on the path to a long life. 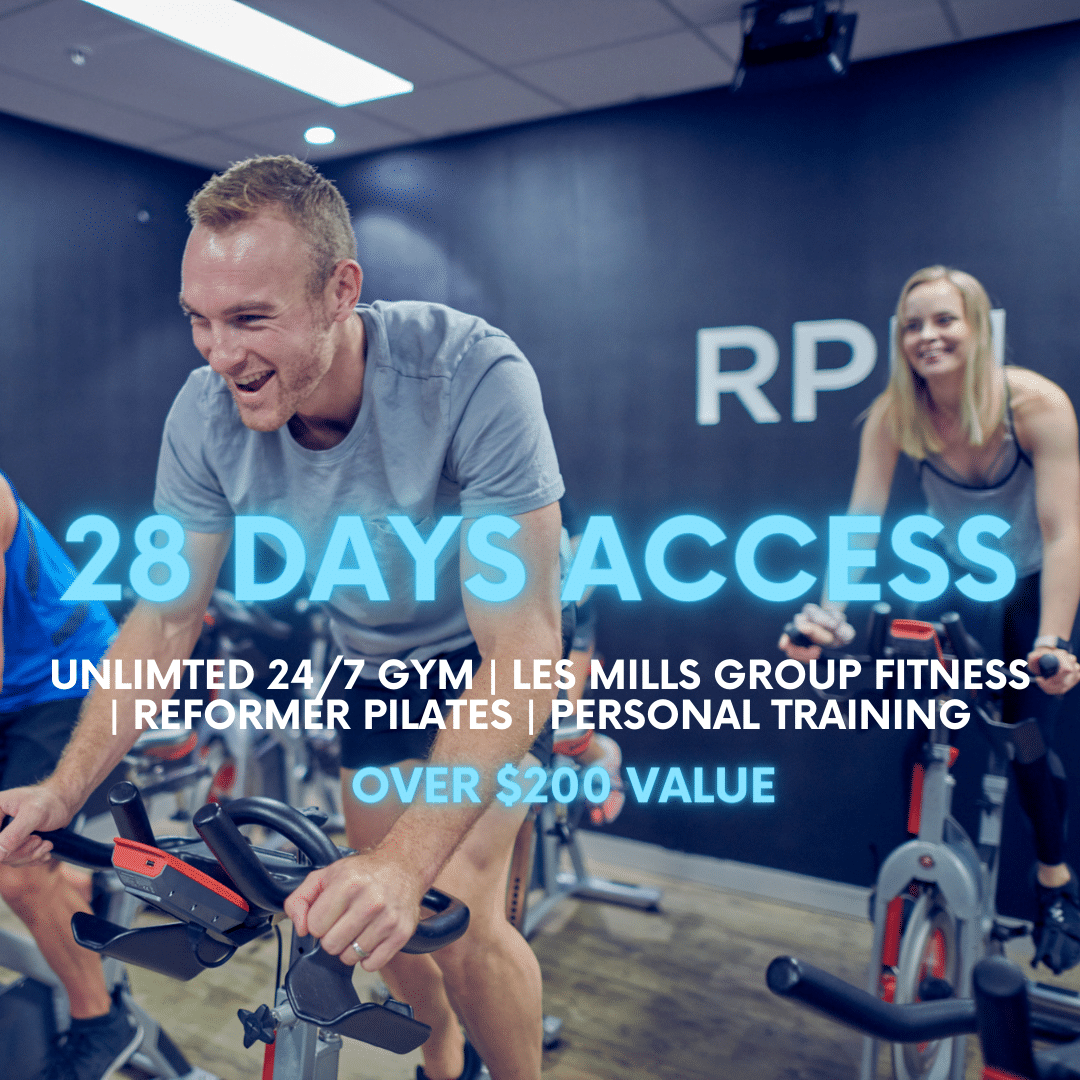 Stuck for recipe ideas? 😏 Give this quick and e

How much do you love both pesto and salmon? If the

Great to see everyone back 🧐 Getting started a

Who can't wait to get back into their PT sessions?

To say it has been cold is an understatement! 🥶

🍴BREAKFAST🍴 With all this extra time at hom

🌟GOOD MORNING🌟 What is your usual go to in

This week we say goodbye to Sara Hughes our Group